Get Your Vegan Bowl on at Giardino Gourmet Salads!

How to Make a Superfood Vegan Grain Bowl Even though new vegan restaurant options keep sprouting throughout the world every day, it may be difficult to find places where you can customize a meal for your taste buds. Giardino Gourmet Salads, a premiere salad concept originated in South Florida, has been addressing dietary restrictions for almost 15 years by giving you nutritional empowerment. In 2004, Ody and Kenny Lugo left their careers to cultivate a new wellness approach b

Nearly three million Brits are expected to go vegan this January, according to a new survey by VoucherCodes. The infographic – which showed the most popular New Year’s resolutions of 2019 – revealed that 2,662,900 people will attempt to take part in Veganuary this year; the same amount will pledge to ditch alcohol for Dry January. Veganuary is a global campaign aimed at convincing people to ditch meat and dairy for one month, for the benefit of the environment, the animals, a

Thanksgiving is practically around the corner and we've got the wine portion of your holiday meal all sorted for you! We also know how hard it can be to come up with gifts for that difficult-to-buy-for-person in your life that has everything. Or perhaps you're stressing about choosing the right wines for what you or someone else are serving at the dinner table. We've worked it all out for you! We have created 2 different options to choose from: 1) A 3-bottle set of t

Kombucha in the Kitchen - More than Just a Beverage

Have you ever wondered about using kombucha in the kitchen? Kombucha is usually thought of as something to drink on its own rather than an ingredient, but in fact, it makes a great ingredient in all sorts of recipes. Check out a few below. Harvest Kombucha Dressing. Try out this refreshing and delicious Harvest kombucha dressing. Ingredients 1/2 cup Brew Dr. Harvest Kombucha 3/4 cup extra virgin olive oil 1/3 tbsp honey 1.5 tsp minced garlic 1.5 tsp chopped green onion 1

Switching to a natural deodorant is an easy way to eliminate a few potential toxins from your beauty routine. More and more consumers these days can easily find and choose a natural deodorant they would like to try, but then are disappointed with their results once they do. As with any change in your skin care routine, the body needs time to adjust and adapt. We have learned a few tips along the way to help make transitioning to natural pleasant and effective. The most imp

When it comes to offering the highest-quality natural, plant-based CBD , no one is more passionate than Green Roads. As one of the leading CBD brands in the country, a big part of Green Roads’ mission is increasing awareness of how CBD can positively impact lives. That’s why this year Green Roads has partnered up with Seed Food & Wine to educate attendees about all things CBD. As more and more people experience its benefits every day, CBD is rapidly becoming one of the most r

Empowered By Our Choices! It’s not a fad, nor a diet … it’s a lifestyle. The vegan way is growing day by day and is more about what we value than what we want. My conversation with Ella Magers was informative, fun and inviting. If you’re still turning away from the truth about factory farming and the animal agricultural industry, you won’t quit eating meat, but if you are waking up to deeper human values, you will want to either find new alternative sources, or you will stop

VH1 cooking show “Martha & Snoop’s Potluck Dinner Party,” starring TV personality Martha Stewart and musician Snoop Dogg, is due to return for its second series this August. One of the new episodes will see Stewart attempting to turn the rapper into a vegetarian. With the help of actor Michelle Rodriguez and comedian Cedric the Entertainer, Stewart, a keen advocate for vegan cooking, will encourage Snoop to give some meat-free recipes a try. The rapper will then “use his own

The Growing Popularity of Sprouts

Sprouts are the earliest stages of a plant’s growth cycle. They are ready for harvesting in as little as 3 days. They are most popularly eaten in sandwiches and salads, and can also be used as garnish or to complement any meal. Sprouts have numerous health benefits. They contain more nutrients than full grown vegetables and aid in cancer prevention and digestion. A handful of broccoli sprouts, for example, contain many times more vitamins than a full plate of mature broccoli.

“Fall” In Love With These 4 Plant-Based Smoothies

Feeling a bit brisk outside? You can quickly get into the feel of fall with a spiced smoothie or one that uses our favorite autumn flavors, like apples and pumpkin. Dive in with a few recipes we’ve cultivated from our high-quality ingredients and a little imagination: Smoothie #1: Pumpkin Pie Yum! This recipe is filling and full of goodness, from the spices to the healthy pumpkin, plus our own 22 Days Protein powder to really hit the spot. 1-1.5 cups plant-based milk (almond, 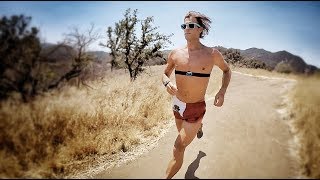 My talented filmmaker friend Reece Robinson followed me around for a day and made this cool little movie. Smoothies. Running. Ocean Swimming. Ötillö prepartion. Drones. And some thoughts on this widely misunderstood idea that we must all aspire to a balanced life. But what does this word balance even mean? Hope you enjoy the video. If so, it would mean a lot if you share it with friends and subscribe to my channel! Peace + Plants Rich Roll #richroll #richrollvlog #richrollpod

'What the Health' Inspiring Netflix Viewers to Go Vegan

Since What the Health? hit Netflix in June, the word vegan is on everyone’s lips. According to Google Trends, searches for the term have been steadily increasing for the last two months -- which means tons of people are trying to learn more about a plant-based diet. In recent weeks, singer Ne-Yo, Detroit Lions running back Theo Riddick, and Washington Redskins offensive tackle Trent Williams have publicly talked about their decisions to go vegan, thanks in large part to the n
1
2